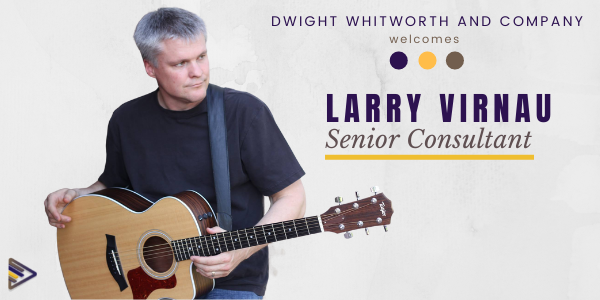 Larry grew up outside of Houston, TX, in the small town of Sealy. Music has always played a special part in his life to express his love for the Lord.

While at a student camp in Glorieta, NM, as a young college student, he felt the Lord calling him into full-time ministry. He did not know at the time where exactly His calling would lead, but he trusted the Lord to lead and promised that he would follow Him.

After graduating high school, Larry studied at Baylor University, where he earned a BA in English and German and a minor in Business. He also earned his teaching certification for secondary English, German, and Music (k-12).

Larry always thought he would serve as a missionary or translator, but the Lord had other plans, as he taught English and German in high schools in the D/FW area. He went back to school to earn my Master of Music degree from Southwestern Baptist Theological Seminary in Fort Worth, where he met and married his lovely wife, Christina, in 2000.

They have four beautiful children: Alayna, Joshua, Sarah, and Ashley. They have lived and served churches in both the Texas coast and panhandle areas and the midwestern state of Ohio.