At the age of twelve, Kevin received Jesus, and his life-changing journey began. His story is one among the millions of those who testify to God’s relentless pursuit of His creation. His story is a story of God’s kindness and His truly amazing grace.

Kevin’s story is that he is a called man. God calls him to an intimate, growing, and loving relationship with Him. God has equipped him to be a loving, caring, kind, and selfless husband. Leadership was planted deep in his heart to be a living example of Christ to his three sons.

He is called and gifted to serve God as a musician, an elder, and an equipping pastor within His church. Kevin has served in church music since 1982, having served in both traditional and contemporary settings. A gifted choral and orchestral conductor, Kevin is equally at home working with a band and praise team to challenge, encourage and equip.

Kevin’s heart is both pastoral and musical, and he desires to see churches worship authentically and equip artists to lead skillfully. Kevin longs to see worship in which barriers are removed, the Gospel is proclaimed, and lives are changed for God’s glory!

His passion is to see lives changed by the power of God and followers wholly devoted to Him. This passion and natural God-given talents have allowed him to minister in some of the healthiest, fastest-growing churches in the Southern Baptist Convention.

At one of those churches, he met the beautiful girl who became his wife, Rita. In each other, they have found a shared love for the Lord, a mutual heartbeat for worship, an explosive desire to share grace with those around them, and a most beautiful friendship and marriage relationship.

Kevin and Rita have three beautiful children: William, Ethan, and Logan. They have lived in and served churches in several states and currently reside in North Carolina. 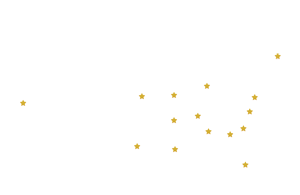